Meet Augie, an adorable toddler who is giving professional models a true run for their money.

Augie’s mother, Katina Behm, first put her 18-month-old in front of the camera to make fun of her professional model brother, Aristotle Polites. Behm was dressing Augie in a plaid shirt when she saw the perfect opportunity for a hilarious photo.

“The image of him with the shirt undone and his bare chest exposed made me laugh because he looked like he belonged on the cover of a romance novel,” Behm told Huffington Post. “I took a picture and then realized I bet my brother Aris has a picture just like this on his Instagram page, which is filled with modeling photos.”

Behm quickly found a similar photo and put the two images side-by-side. She then sent it to her family asking, “Who wore it better?”

The family had a good laugh with the comparison, which gave Behm the idea to make the picture public. She then created the Instagram account @babyandthebody, where she shared the original photo. After the first post, she continued to create similar photos with her toddler, yielding some hilarious results.

Behm told HuffPost that her brother is a big fan of the project, and he even posts some of the pictures on his own account.

“I’m so proud of him because he’s out there doing his thing and following his passion, but it’s hard not to rip on him a little bit,” Behm said to HuffPost. “Some of his modeling pictures are hilarious, but he doesn’t take himself too seriously, which is good because I get such a kick out of recreating them with Augie.”

She continued, “My brother and I get along great. We’ve always had a great younger brother/older sister relationship, lots of poking fun!”

While Behm’s Instagram account may have several thousand followers, her biggest fan is her 88-year-old grandmother. Behm’s grandmother isn’t on social media, so Behm makes sure to send her a special email as soon as she posts the latest picture.

“She answers, ‘Is it time?!’ and races upstairs to check her email with me on the phone so we can laugh together,” Behm told HuffPost. “She always comments on how handsome Aris is, but Augie always wins in her eyes. I think the love multiplies with every generation.”

It doesn’t get much cuter than this. Check out more of Augie and his adorable photos on Instagram.

Make sure you SHARE this cuteness with all of your friends! 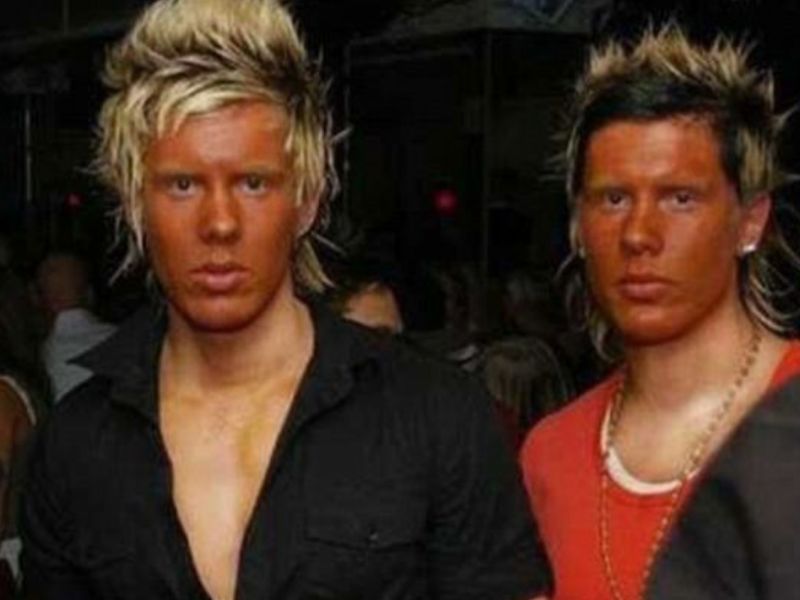 The Mega Compilation Of Terribly Funny Epic Internet Fails
Fails and fails and fails… can we ever get enough of them? Since the early days of the internet, the joy of discovering and sending the latest and craziest internet ...
click here to read more
Advertisement - Continue reading below
Share  On Facebook

The Most Hated Movie Characters Of All Time

Amazing Optical Illusions That Will Play Tricks on Your Mind