In early May, the unthinkable happened for Jean Luc Montou and his pregnant fiancé, Sarah Bertrand.

The Louisiana couple headed to the hospital to welcome their son into the world. However, a mere 24 hours later, Bertrand died suddenly, leaving Montou to face single parenthood and a heartbreaking loss.

Bertrand died in the hospital as Montou stood by, holding their newborn son, Julian Charles. According to Montou, doctors suspect that Bertrand suffered an amniotic embolism, which is a rare complication that causes heart and lung collapse and internal bleeding.

For a first-world nation, the United States has one of the worst maternal mortality rates. According to ProPublica, 700-900 U.S. women die from pregnancy or childbirth-related causes annually.

Montou and Bertrand originally planned to announce the birth of their son via social media once they were home from the hospital. However, plans had to change.

Montou authored a heartrending Facebook post announcing the birth of his son and the death of his fiancé, who he’d planned to marry after their son was born.

“Sarah didn’t make it. My last 24 hours with her was the happiest I’d ever been … I loved this woman like no other and she died in front of me while I held our son. Please take a few moments to remember this woman because she was the absolute best thing that has ever happened to me and Jane,” he wrote in the post.

According to Today, Montou’s Facebook post was meant only to update his friends and family, but he said it’s comforting to know that people everywhere have heard his story.

“She deserved no less than for the world to pause for a moment and see how strong, brave and happy she was before her sacrifice. I miss her so much, but sometimes I think it would be selfish to ask God to return her because she finally gets the peace and relaxation that she sought her entire life,” he told Today.

Montou started a GoFundMe campaign to raise money for his family. To date, more than $26,000 has been donated.

Please SHARE this touching story with your friends and family! 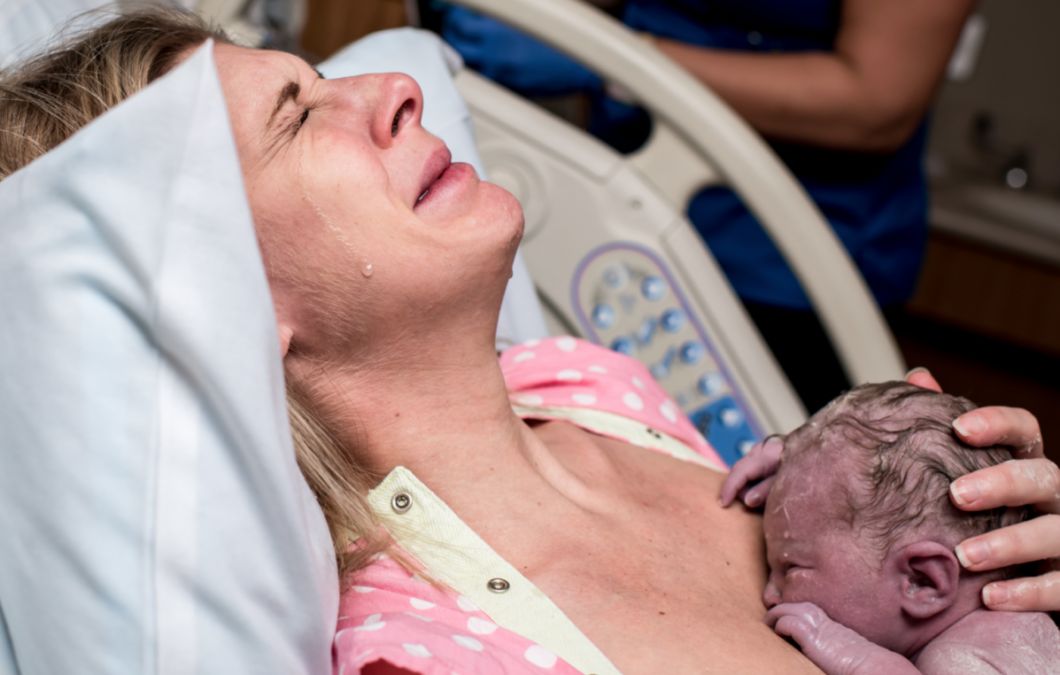 Photographic Journey of the Birth of 'Rainbow Baby' Audrey Joy
The grief that accompanies the loss of a newborn child is incomprehensible. The loss of an infant from a stillborn birth, a miscarriage, or neonatal death is devastating to expecting ...
click here to read more
Advertisement - Continue reading below
Share  On Facebook

Wild Creative Mailboxes You’d Want to Display on Your Lawn

These Apps Are Great for Pregnancy and New Parents

These Rare Titanic Photos Will Give You Goosebumps

The Highest-Paid Musicians In The World

Olympic Greats: Where Are They Now?

These Are The Actors & Actresses That Passed Away During Film Production

These Are All the Things Millennials Are Wiping Out

The Duke and Duchess of Cambridge’s Sweetest Candid Moments

Rare Woodstock Photos That Capture the Magic of the Historic Festival