Last December, Elisha Palmer experienced something every parent dreads: the death of her child.

As Palmer herself recounted on Facebook, “On December 20th, 2016 our life turned upside down in an instant. Our beautiful son Knox was 3.5 months old when he fell asleep and never woke up. The heartache and devastation from his loss is the worst thing a parent can ever feel. Our sweet baby with his infectious smile was gone just like that. It is like living in your worst nightmare that you never awake from.”

According to the Centers for Disease Control, SIDS is defined as, “The sudden death of an infant less than 1 year of age that cannot be explained after a thorough investigation is conducted, including a complete autopsy, examination of the death scene, and a review of the clinical history.”

The CDC estimates that there were 1,600 infant deaths from SIDS in 2015, making it the leading cause of death among infants 1 to 12 months old.

The death of her son caught Elisha Palmer completely off-guard.

“He was completely healthy. He just went down for a nap and didn’t wake up,”She told People. There was nothing that would have been a red flag. We did everything we were supposed to do.”

Palmer described the emotional distress her son’s death brought her.

“There’s not a word in the dictionary that exists to describe the pain when you’ve lost your child,” she told People. “I kept saying I don’t know what to do with my arms. My arms are empty. He was always in them.”

It was when they were at their lowest that Elisha Palmer and her husband decided that their son’s death wouldn’t be in vain. The Palmers launched the Knox Blocks Foundation, named in his honor, to spread awareness about technologies that can help parents monitor their children’s vitals.

“If we would have had a way to know, to be alerted, when he stopped breathing there is a very good chance that he could have been saved and he would still be with us,” they wrote on the Knox Blocks Foundation Facebook page. “After a lot of research and speaking to other parents we found that a device exists that monitors infant heart rates and oxygen levels while they sleep. The device alerts you if the levels are abnormal. This device is the Owlet Smart Sock. Our mission for Knox became very clear to us very quickly. We need to get as many Smart Socks on as many babies as we can.”

Knox Blocks also vowed to assist parents who are unable to find or afford the Smart Sock device.

“A lot of parents have no idea that a monitoring system like this exists, or maybe they do but are not in a position where they can buy one for their baby. We are sharing our story and using it to hear your story and to help. If you are not able to afford an Owlet Smart Sock, please fill out our online application. Tell us your story and why it is important to you to have an Owlet for your little loved one.”

Their foundation also welcomes monetary donations from those who don’t need to purchase Smart Socks for themselves.

Palmer spoke with Your Bump about Knox Blocks creation.

“We launched our foundation on April 20th, 2017,” she wrote to Your Bump. “This was Knox’s 4-month angel anniversary. When we started the foundation. our plan for 2017 was to donate 100 Smart Socks. Due the incredible response that we have received from our community, family, friends and complete strangers we have been able to achieve our goal in less than 3 months. We have reached 22 states as well as Canada. The stories that we hear so moving and some so heartbreaking.”

Palmer told us specifically about one of those stories, and the meaning it’s had to the family and Knox Blocks organization. She told us abut a mother who contacted them.

“[She] lost her daughter to SIDS in 2013, around Thanksgiving. Her daughter went to bed and when they checked on her a couple of hours later she was gone,” Palmer wrote to Your Bump. “They tried CPR, called 911…but it was too late. The family had planned on this little girl to be their last child (having 2 boys already), the mother had her tubes tied after birth. They saved and saved and were finally able to pay for the surgery to have her tubes untied. They are now pregnant with their rainbow baby. When we are able to provide families with this extra peace of mind, you can actually feel how grateful they are. Not only do we help these families but they help us too. They help put a piece of our broken hearts back together by giving them a piece of Knox.”

Owlet, the company behind the Smart Sock, became aware of the Palmers’ efforts and has teamed up with them, vowing to match their Smart Sock purchases dollar for dollar.

“A friend of the Palmer family reached out to share their story,” Kurt Workman, the company’s co-founder and CEO, told People. “Our hearts broke hearing about Knox. No parent should experience that grief and heartache. We were, and still are, so touched and inspired to see all that the Palmers were doing to honor his memory.”

Honoring her son’s memory is clearly still paramount on Elisha Palmer’s mind, as evidenced by the final words on the Knox Blocks Facebook page’s About section:

“We love you so much Knox Owen and we miss you every second, of every single day XXOXu.” 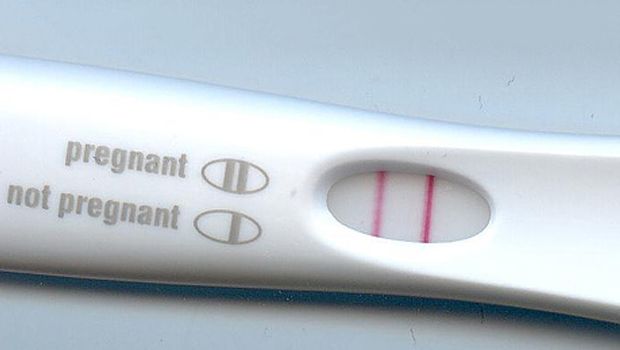 What Do You Actually Know About Preconception?
Are you planning to have a baby? Your best chances of getting pregnant come from a safe process of keeping yourself healthy and prepared. Take this quiz and find out ...
click here to read more
Advertisement - Continue reading below
Share  On Facebook

Hilarious Tractor Fails That Were Captured On Camera

These Are The Most Dangerous Airports In The World

Every American Retailer Facing Bankruptcy Thanks To The Pandemic