Parenting is tough. It’s a mostly thankless job, at least in the beginning years. It’s often made even tougher by outsiders critiquing the job you’re doing. Back in the day, you only had to worry about receiving “tips” and unsolicited advice from your own family. Today, thanks to the internet and a more connected global community, parents have to contend with well-meaning strangers who are convinced that they know what’s best.

Parenting styles and philosophies don’t just vary from family to family, though. There are vast differences between American parents and those of almost every other nation. (Remember Tiger mothers?)

Can you imagine an entire continent being disapproving of how you parent? Well, you don’t really have to. Much of Europe does seem to think that American parents don’t really know what they’re doing. Yay!

Practices that are run of the mill in some countries are downright criminal in others. From leaving small children unattended in public to refusing to make eye contact with babies, there are definitely some bizarre differences between cultures. Read on for the top ways that parenting differs in the United States versus other countries.

You’ve just been a walking incubator for almost a year, doing the hard work of growing another freaking human being. Maybe it was rough, or maybe it was smooth sailing, but it was definitely exhausting. We get it. Perhaps you feel like you need a break, particularly if there are other kids at home vying for your attention and such supposed necessities as food, water, love, etc. (The nerve!)  That’s where the Chinese practice of zuo yuezi comes in.

Some Chinese moms literally take a month-long break from their newborn babies after delivery. While the traditional version — in which women follow strict rules, including no showering, brushing teeth, or eating cold foods — sounds a bit gross to us, the modern take on zuo yuezi will have you feeling glam and imagining yourself starring in every Beyoncé “I woke up like this” GIF that exists. Think a weeks-long spa trip, featuring a personalized menu and staff to care for your newborn, who you can see as much or as little as you want. Yeah, it sounds great until we get to the whole borderline abandonment part…

Now, the Kisii people of Kenya don’t take it quite as far as the Chinese. But they do something that most American mothers would scoff at: They don’t make eye contact with their babies. According to Global Citizen, “…Eye contact is a form of authority, and they don’t want to bestow such power on a baby.”

It’s not as extreme as neglecting to bond with your new baby for a month, but we’re not convinced that it doesn’t have some lasting effects.

You Let Them Do What?

Empowering children to feel independent as early as possible seems to be a common trait among parents outside of the United States. From travel to play, parents in Europe and Asia allow their children a lot of breathing room from a pretty early age.

Have you ever seen those clips of moms weeping when it’s time for their kids to start preschool, some even going as far as to trail the school bus in their car? Yeah, that’s not how it goes down in many other countries. In Germany, children are encouraged to begin walking around their community alone at a young age.

According to an article from Time, “most grade-school kids walk without their parents to school and around their neighborhoods. Some even take the subway alone … Walking around without parental supervision, or ‘independent mobility,’ as the researchers call it, is good for kids.”

Japanese parents take that a step further, allowing their children to start riding the train alone as early as 7 years old, NPR reported, quoting author and mother Christine Gross-Loh. Gross-Loh does add a caveat, though. While she considers it perfectly safe to let her kids run errands and take the subway without her in Japan, she said she’d never let them do it in the United States.

Mobility isn’t the only area in which German parents give their children a lot of latitude: They are encouraged to play with fire. Aside from the scientific aspect of it, the thinking is that teaching children about fire — albeit through play — will prevent tragedies from occurring when they explore fire alone or in secret. In Berlin, for example, Kain Karawahn teaches workshops at daycare centers.

The New York Times sums it up best: “…Mr. Karawahn teaches children how to burn things properly — how to hold a match, use a lighter, light candles, and build small bonfires. He lets them play with fire openly, under adult supervision, so they can indulge their curiosity and learn about fire without feeling the need to do so in secret.”

What’s on the Menu?

Are you the parent of a picky eater? This one is for you. In France, parents expect their children to eat the same, often sophisticated, food as they do. No exceptions. We’d sure love to see what hijinks ensue while trying to convince a 6-year-old kid to eat some paté. According to NPR, the pervading expectation is that if a child tries something enough they’re bound to like it, or at least not complain about eating it. In addition to this everyone-eats-everything philosophy, there’s also no snacking. Is it just us, or does it sound like parents in France have saint-level patience?

While France’s food rules may seem a bit stringent — or headache-inducing — to some, Belgium’s soda substitute is sure to have most everyone scratching their heads. When faced with an uptick in childhood obesity that officials attributed to soda consumption, Belgium developed a pilot program in which it decided to offer children beer as a substitute for soda at lunch. OK, there are so many questions. Aside from having drunk children running about, is beer really that much healthier than soda? Also, and forgive us for being repetitive, what about having drunk children running around?! Luckily, according to Cracked, they didn’t pick up the program nationally.

For many children, some of their earliest memories center around family story time and learning to read. While it’s normal in certain places around the world to start teaching your children to read before they head off to school, that’s not the case in Germany. There, teaching your child to read before school is considered a bit of a no-no, according to Time. Teachers reportedly prefer that all children enter on the same foot, learning to read in a collaborative group setting. Before you get all up in arms about long-term effects, this delayed skill building doesn’t seem to hurt German students down the line.

Here’s where it gets a little suspect. In Denmark, children (and babies) are left outside while parents shop and dine. The concept, called “frisk luft,” which translates to “fresh air,” is based on the idea that fresh air is good for healthy development. In addition to being left outside while parents get their brunch on, babies also are put outside in near-subzero temperatures to take naps. We’re pretty sure that the tots are bundled up well, but that seems a bit extreme. To be fair, they probably find the leashes that U.S. parents are fond of pretty extreme, too.

In the United States, most parents are all about keeping their kids close and under near-constant supervision. And those who don’t are at least publicly shamed, and at most, jailed. Surely there’s a middle ground between leaving your baby unattended on a public sidewalk and strapping your kid to a leash like the family puppy. Neither of these options paints a particularly inspiring view of humanity.

We should all take a master class in potty training from the Vietnamese. In the United States, many parents dread the stress of potty training, a process that often isn’t complete until children are well past 2 years old. Things couldn’t be more different in Vietnam on this front. According to Practical Parenting, many Vietnamese babies are toilet trained before they can even talk. From birth, mothers pay attention to the signs that their babies need to use the bathroom — everything from temperament to facial expression. They then whistle whenever the baby displays those signs; over time, the baby associates the whistling with going to the bathroom. (Sound familiar? Pavlov’s dog, anyone?) The obvious downfall of this system, though, is that it requires you to constantly monitor your baby. Clearly, this method is not working-parent friendly.

There are countless other ways in which parenting varies globally, but these are definitely among the most interesting. Which practice do you think is most bizarre? Let us know in the comments!

Don’t forget to SHARE these bizarre differences with other parents! 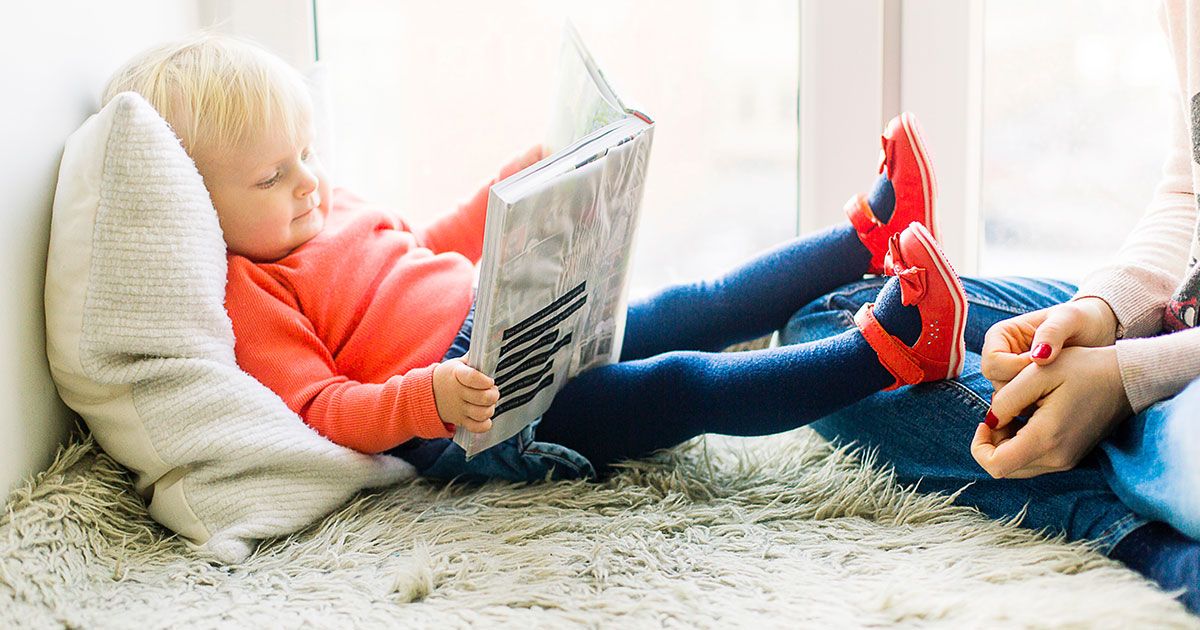 14 Books to Help Kids Feel Good About Themselves and Their Bodies
Originally written by Regan McMahon and published on Common Sense Media Reading about characters who are comfortable in their own skins helps kids learn self-acceptance. Check out our top picks ...
click here to read more
Advertisement
Share  On Facebook

Young Royals Who Are Way Better Dressed Than You

Meet the ‘ICU Grandpa’ Who Became a Viral Darling

The Most Anticipated Kids’ Movies of 2019

Most Modern Parents Have Abandoned These Old-School Practices