What’s in a (Baby) Name? Check Out These Global Naming Traditions

Cultural traditions around the globe are vast and varied. Why should naming a baby be any different?

While here in the United States expectant parents draw inspiration from pop culture, baby-naming books, and even the dictionary, that’s not the case in many other places.

From sacred ceremonies and multiple names, to superstitions around when to name a baby, there are a ton of global traditions. Check out some of them below!

There seems to be a LOT to consider when naming a baby in China. And rightfully so since the Chinese think a baby’s name will determine his or her future. It’s considered bad luck to name a baby before birth. However, before being given a real name, babies can be given a fake, or “milk” name. The “milk” name is used to ward off evil spirits and often sticks with the child throughout his or her life as a nickname.

The real name often is influenced by the five elements, a parent’s hopes for the child’s future, and even personality traits. It consists of the family name and a character denoting the generation order of the family, according to Thought Co.

We’d be willing to bet you won’t find any children named “Apple” in Germany. Why? Apparently parents must choose from a list of approved names that adhere to certain criteria, including a first name that denotes sex and doesn’t have any weird, new-age spellings. (Sweden, Japan, Denmark, Iceland, New Zealand, China, and Norway also have some pretty intense baby-naming laws.)

After parents choose a name, it has to be approved by a Standesamt, or German civil registration office. On one hand, this seems like it could be a bit of headache. On the other hand, maybe there is a kind of relief in the rules?

As in many other cultures, religion and tradition factor heavily into baby naming in Greece. The first boy and girl are named after their paternal grandparents. Because the Greek Orthodox Church plays such a central part in many people’s lives, babies often are named after the patron saint of their area.

Also, according to Baby Centre, babies are named either seven or 10 days after birth.

Native Hawaiians have traditionally believed that one’s name is a prized possession. So it’s only fitting that choosing a baby’s name be a thoughtful, sacred process. Many believed that a baby’s name is passed down from the gods by way of dreams, visions, or signs. As in China, a baby may be given more than one name to trick or ward off evil spirits.

Historically, names were hierarchical (certain names were reserved for chiefs or certain social classes) and unisex.

When it comes to baby naming, Iceland might as well be renamed “Land of Many Strange Rules.” Here, baby’s surnames are typically patronymic, not passed down generationally. Confused? Don’t be: Take the father’s first name and add either “son” (son) or “dóttir” (daughter) to get the new surname.

While their naming system is rather firmly rooted in tradition, Iceland is changing with the times. Today, children can be given either their mother or father’s name, or a combination of both.

But let’s not get ahead of ourselves. Icelandic babies aren’t even named right at birth! Parents chill out with their babies for a few months (usually about three) to gauge personality before ultimately choosing a name approved by the Icelandic Naming Committee.

According to Hindu tradition, naming a baby is a sacred task. Babies are named roughly 11 days after birth during a Namakarana Sanskar ceremony. It’s considered good luck for a baby’s name to be based on the stars. Each birth star has a corresponding letter, so a baby’s name should start with whichever letter corresponds with his or her birth star.

The people at Thought Co. have a pretty cool chart to help you out!

Naming your baby according to birth order is the reigning practice in Bali. According to Pocket Cultures, naming goes like this:

As you can imagine, this means that there are a ton of Wayans but not so many Ketuts (Eat, Pray Love, anyone?). These names are unisex and often stand alone without surnames. And here we thought there were too many Sarahs. …

In Egypt, new parents hold a Sebou naming ceremony on the seventh day of the baby’s life. According to NPR, the practice dates back thousands of years, when staying alive for seven days really was a cause for celebration as disease and malnutrition led to high infant mortality rates.

The ceremony also is meant to ward off evil, give thanks, and offer presents to the newborn.

One thing we know for sure? There are a TON of different baby-naming traditions that vary not just by country and culture, but even, in some cases, by tribe, village, or language. Want to know about some of the others? Let us know in the comments!

Please SHARE this story with any soon-to-be parents or history nerds! 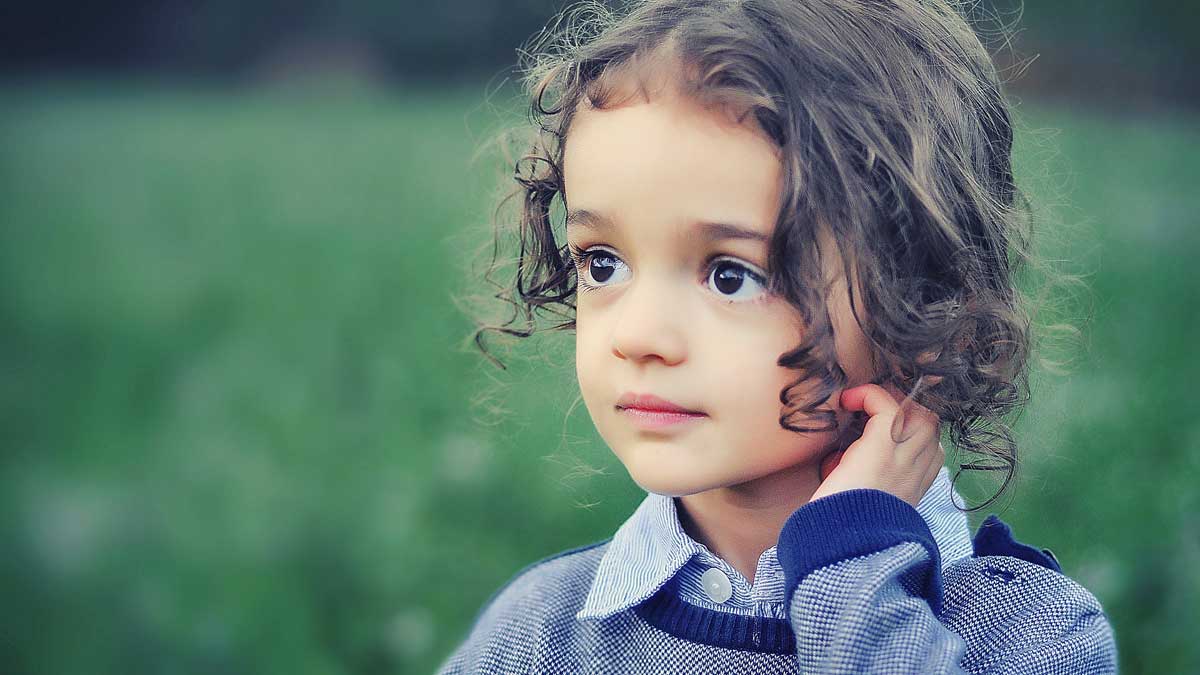 Very Rare Baby Names That Are Beautiful
Naming a child comes with a lot of responsibility and pressure. Parents-to-be have the stress of wanting the name to be unique, but not outlandish. When parents-to-be are brainstorming baby names, ...
click here to read more
Advertisement - Continue reading below
Share  On Facebook

Watch This Baby’s Adorable Reaction to Her First Ice Cream

20 New Baby Hacks Every Parent Needs in Their Life